Reading Buses is a bus operator serving the towns of Reading, Newbury and the surrounding area in the county of Berkshire, England. It is owned by Reading Borough Council. 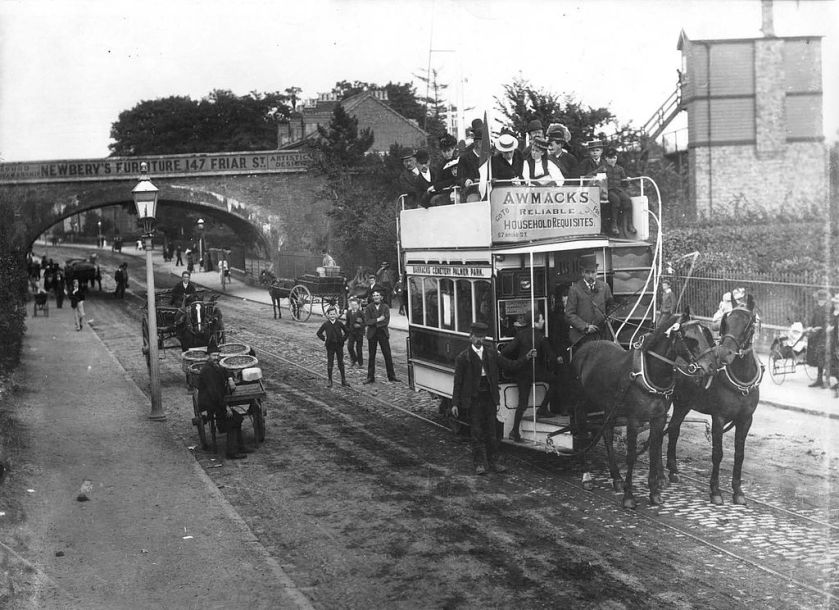 The origins of Reading Transport can be traced back to 1878, when the privately owned Reading Tramways Company (part of the Imperial Tramways Company) was formed. They were initially authorised to construct and operate a horse tram route on an east–west alignment fromOxford Road through Broad Street in the town centre to Cemetery Junction. Significantly, this route formed the core of what became known as themain line of the tram and trolleybus network.

Construction started in January 1879, with the entire line being open by May. A fleet of six single-decked cars were initially used, with 31 horses, providing a 20-minute frequency. The cars operated from a depot on the south side of the Oxford Road, immediately to the east of Reading West railway station. By the 1890s the whole fleet had been replaced by double-decked cars operating at a 10-minute frequency. The company made several proposals to extend the system, add routes and electrify the system. But none of these came to anything, and in 1899 the borough corporation decided to purchase the system.

The purchase deal was completed on 31 October 1901, and the Reading Corporation Tramways came into being. The corporation set out about first extending, and then electrifying the system. The extensions were completed by December 1902, and the last horse cars ran in July of the following year.

The new electric trams started operating in July 1903. Extensions were constructed to the Wokingham Road and London Road (both from Cemetery Junction), and new routes added to Whitley, Caversham Road, Erleigh Road and Bath Road. The trams operated from a new depot in Mill Lane, a site that was to remain Reading Transport’s main depot until it was demolished to make way for The Oracle shopping mall in 1998.

The electric tram services were originally operated by 30 four-wheeled double decked cars supplied by Dick, Kerr & Co. In 1904, six bogie cars and a water car (used for keeping down the dust on the streets) were added to the fleet, also from Dick, Kerr & Co. No further trams were acquired, and a planned extension from the Caversham Road terminus across Caversham Bridge to Caversham itself was abandoned because of the outbreak of World War I. The war also led to a significant maintenance backlog.

In 1919, Reading Corporation started operating its first motor buses. These ran from Caversham Heights to Tilehurst, running over the tram lines and beyond the tram termini. Because of the state of the track, the Bath Road tram route was abandoned in 1930, followed by the Erleigh Road route in 1932. Eventually it was decided that the tramways should be abandoned and replaced by trolleybuses, operating over extended routes. The last tram ran on the Caversham Road to Whitley route in July 1936, and last car on the main line ran in May 1939.

Reading Trolleybus in Newtown in 1965

The first trolleybus wiring erected was a training loop on Erleigh Road, which opened in early 1936. This loop was never used in public service, and was subsequently dismantled. Public service commenced on 18 July 1936, on a route replacing the tram route from Caversham Road to Whitley Street. In May 1939, the remaining tram routes from Oxford Road to Wokingham Road and London Road were converted to trolleybus operation, with a short extension from Wokingham Road to the Three Tuns, and a much longer extension from the Oxford Road through the centre of Tilehurst to the Bear Inn. The extended main line from the Three Tuns to the Bear, still exists today as bus route 17, the town’s busiest and most frequent route, and the first to be designated a premier route.

During World War II a trolleybus branch was constructed from the Oxford Road to Kentwood Hill, enabling trolleybuses to replace motor buses with a consequential saving in precious oil based fuel. In 1949 the Whitley Street line was extended to Whitley Wood and Northumberland Avenue and a short branch was built to Reading General station. Subsequent short extensions took the system to its full extent, with the Kentwood route running to Armour Hill and the Northumberland Avenue line running to the junction with Whitley Wood Road.

By 1965, most UK trolleybus systems had closed, and the manufacturers of the overhead equipment gave notice that they would cease production. At the same time the trolleybuses came in for some bad publicity in the local press because they cost more to operate compared to motor buses and they were inflexible, even though the trolleybuses were profitable (Reading’s motor buses made a loss), faster and less polluting. Reading Corporation decided to abandon the trolleybus system, and the routes were phased out between January 1967 and November 1968.

The UK’s first contra-flow bus lane was instigated along Kings Road, when that road was made one-way in the early 1960s. The trolleybuses continued to operate two-way, as it was considered uneconomic to erect wiring on the new inbound route, London Road. The concept of the contra-flow bus lane was proved successful, and adopted in other places for motor buses.

The Transport Act 1980 deregulated long distance bus services. Reading Transport took advantage of this new freedom to start a service from Reading through London to Southend. The service was numbered X1 and was run jointly with Southend Transport. In 1982 the X1 was shortened to run from Reading to Aldgate in East London, under the “Gold Line” brand, and joint operation ceased.

In 1992 Reading Transport acquired the Reading and Newbury operations of BeeLine, one of the privatised successors to the state-owned Alder Valley. These acquisitions led to Reading Transport operating buses in Newbury, and in the rural areas around Reading and Newbury, for the first time. Additionally, BeeLine had operated a Reading to London service under the LondonLink name, and that was merged into the Gold Line service and the resulting service renamed London Line. The Gold Line name was retained for use by Reading Transport’s non-scheduled service business. The London Line service ceased in 2000. 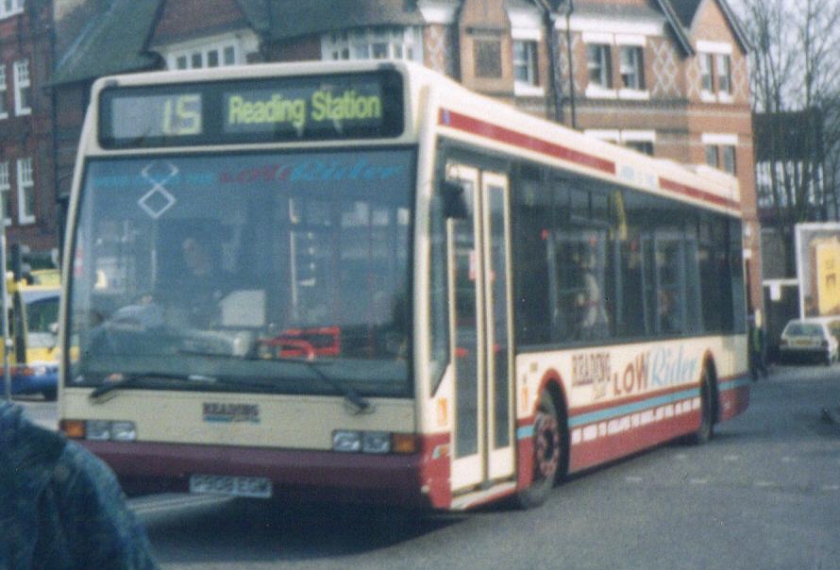 Since 2004, Reading Buses and Reading Borough Council have made a significant investment in upgrading the quality of Reading’s main urban bus routes. In autumn of that year, Reading Buses introduced its first branded Premier Route in the form of the number 17, running between the Three Tuns on Wokingham Road and the Bear Inn at Tilehurst via the town centre and Oxford Road, and the linear descendent of the old main line. This was intended as the first in a series of such routes, each providing a weekday daytime frequency of between 3 and 8 buses per hour. Each premier route, or group of routes, would be allocated a distinctive colour, to be used used on the buses on that route, and also on maps and other publicity.

Since then the premier route concept has been rolled out on most of Reading’s urban routes. In April 2009, a similar concept was introduced to some of Reading Buses’ longer distance rural routes. These were rebranded as Vitality Routes, using specially branded green and silver or red and silver buses. In 2014, these too were changed to a colour brand, becoming ‘Lime Routes’. 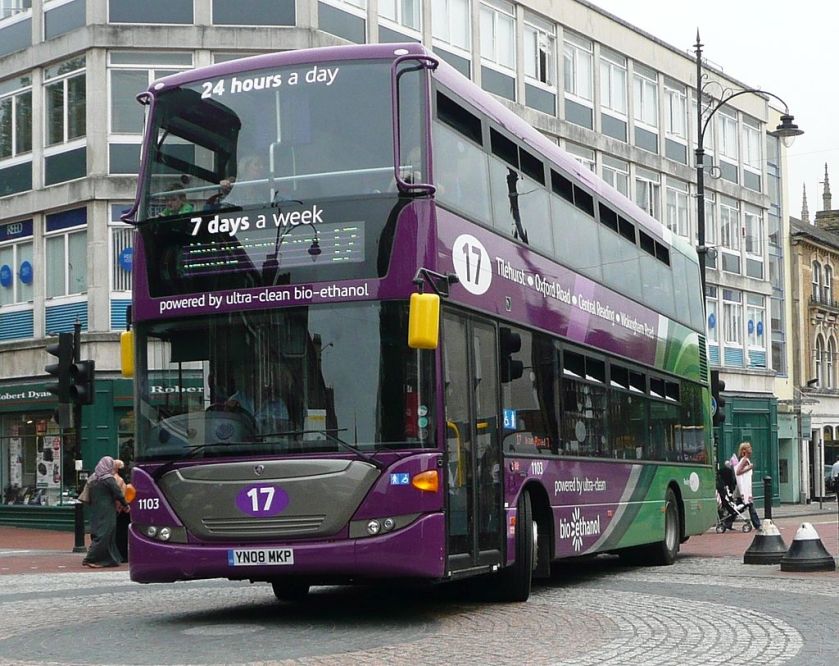 Reading Buses has a history of experimenting with biofuels, including biodiesel and alcohol fuel. By 2008, all but one of Reading’s bus fleet was fuelled by a mix of 5% biodiesel and 95% conventional diesel.

In late 2007, Reading Buses placed an order with Scania for 14 ethanol fuelled double decker buses to replace the existing fleet of biodiesel powered vehicles operating premier route 17. At the time the order was placed, this was the largest order for ethanol fuelled buses in the UK. These buses started work on 26 May 2008.

In October 2009, it was discovered that instead of the bio-ethanol fuel having been sourced from sugar beet grown in the English county of Norfolk (as had been advertised), it was actually made from wood pulp imported from Sweden. On learning this Reading Borough councillors launched an investigation into how they and the Reading Transport Board could have been deceived. All the ethanol-powered buses have since been converted to run on the same bio-diesel mix as the rest of the fleet.

Reading Transport operates public service buses under the Reading Buses brand throughout the town of Reading, and to a lesser extent in the rural area around Reading. Most of the urban routes have been branded as Premier Routes, with each route or group of routes allocated a distinctive colour. These colours are used on the buses used on that route, and also on maps and other publicity. Premier routes provide a weekday daytime frequency of between 2 and 8 buses per hour, depending on the route.

Other routes, including some rural routes and non-premier urban routes, operate at lower frequency, varying from several buses a day to two buses an hour. They are allocated a grey colour in maps and publicity, and are currently operated by a mixture of vehicles in a new silver based fleet colour scheme similar to that used on the premier routes, together with vehicles in various previous colour schemes.

Reading Buses also operates the NightTrack network under contract to Reading Borough Council. These services run on their own routes from 23:45 until late into the night. Premier route 17 also operates at these times, but all other routes finish by then. 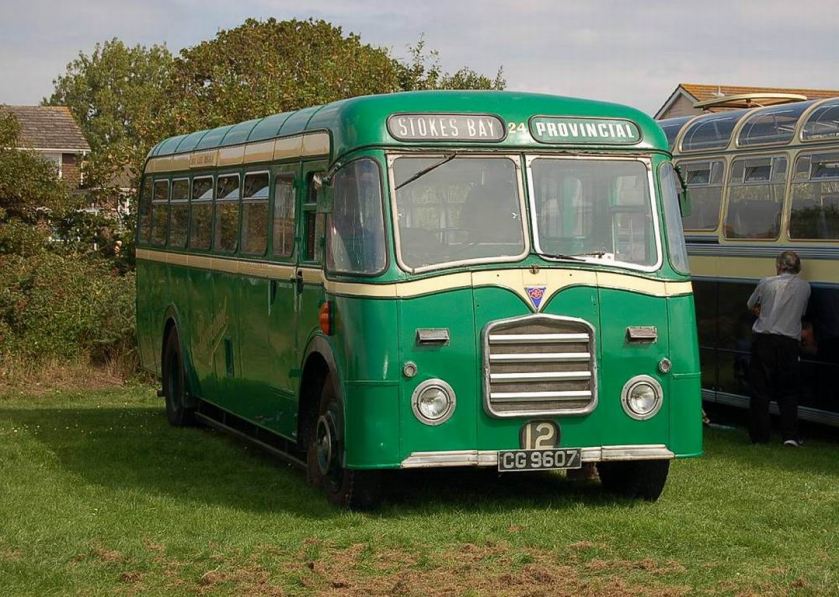 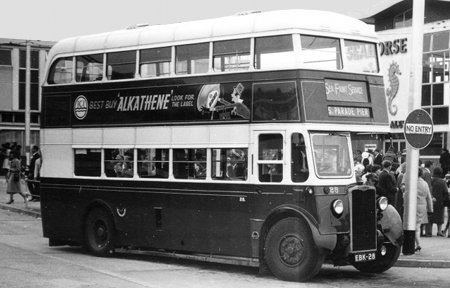 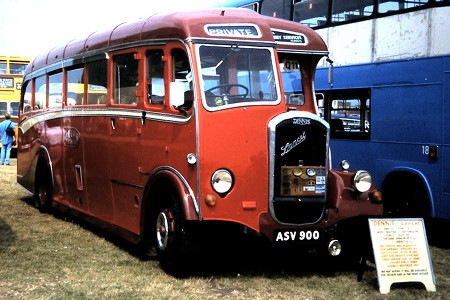 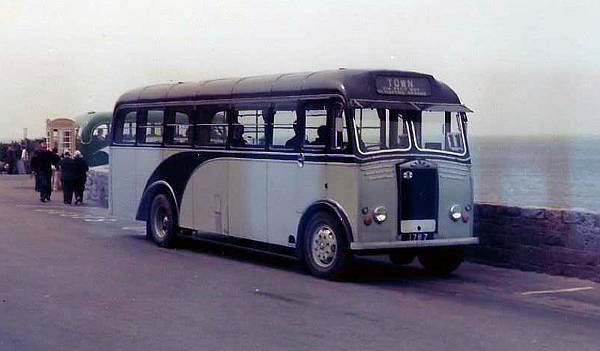 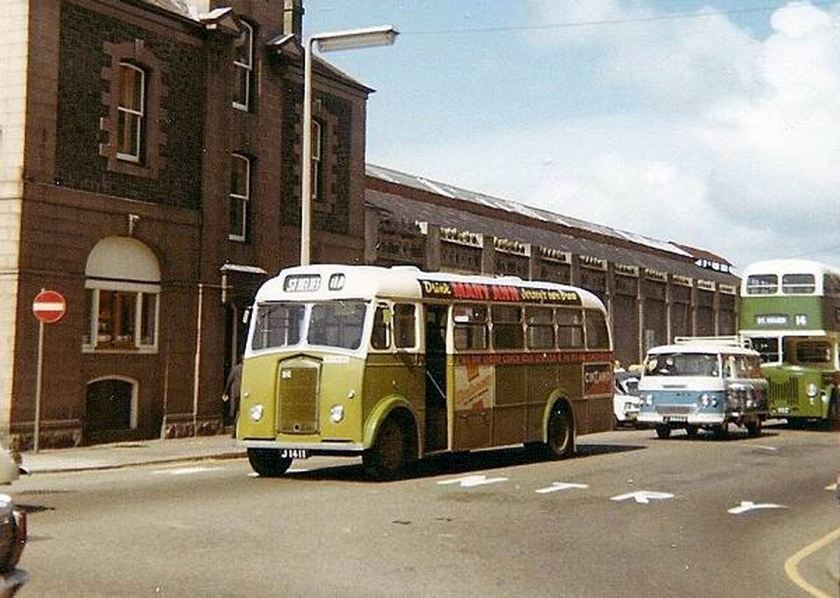 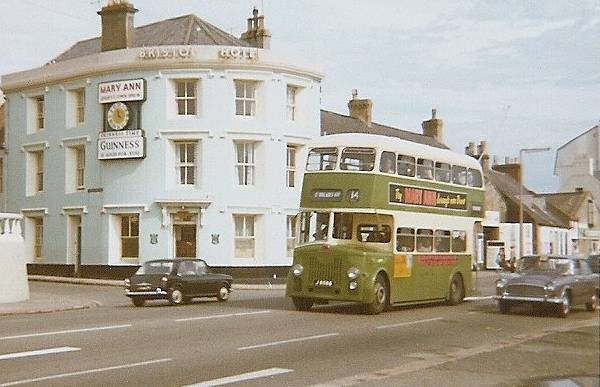 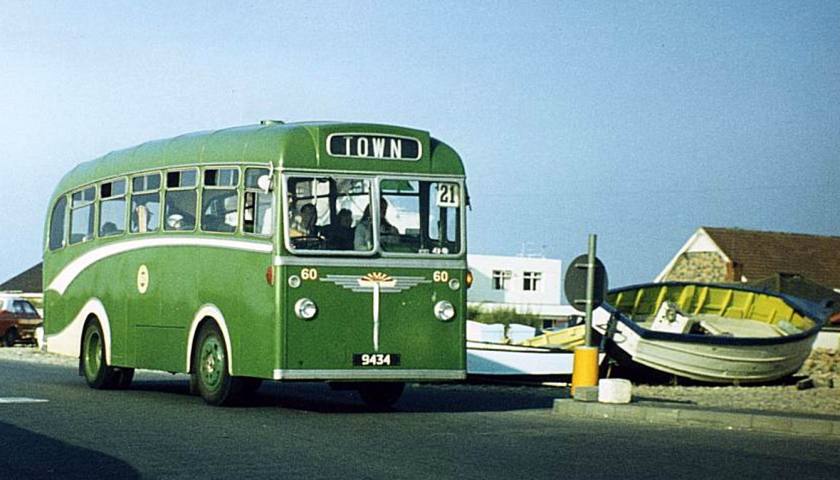 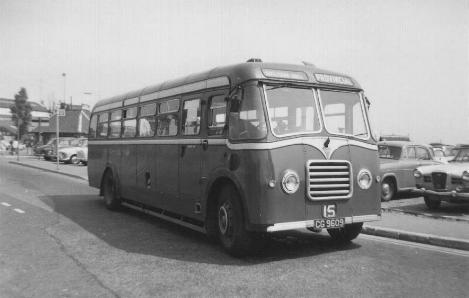 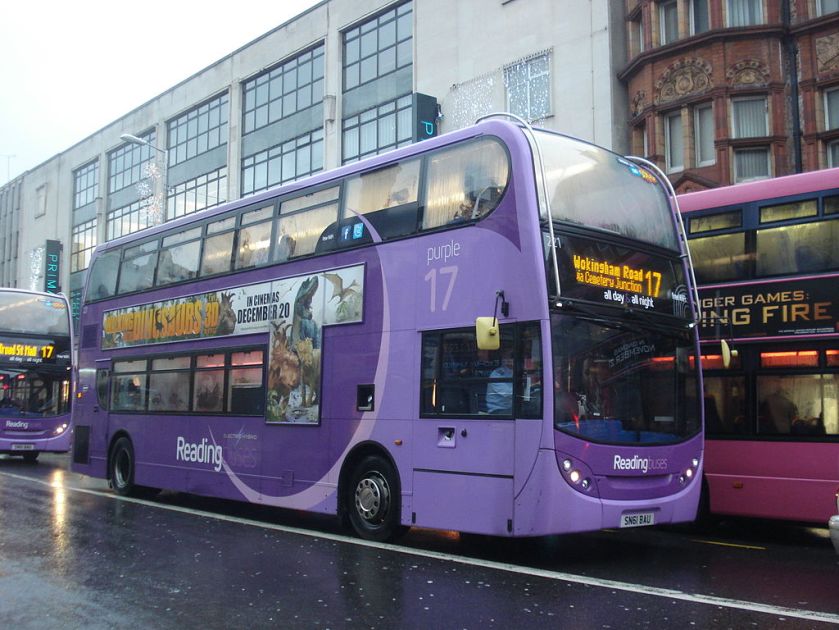 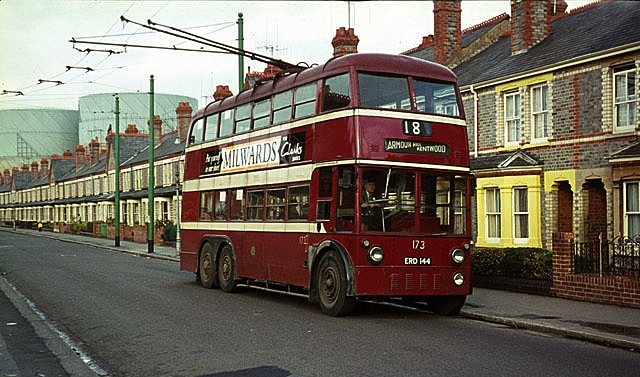 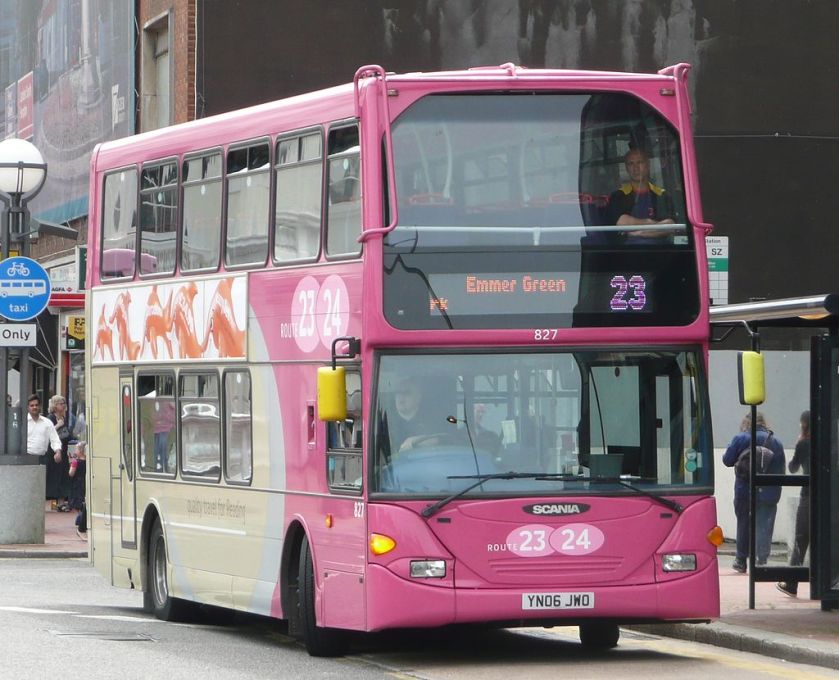 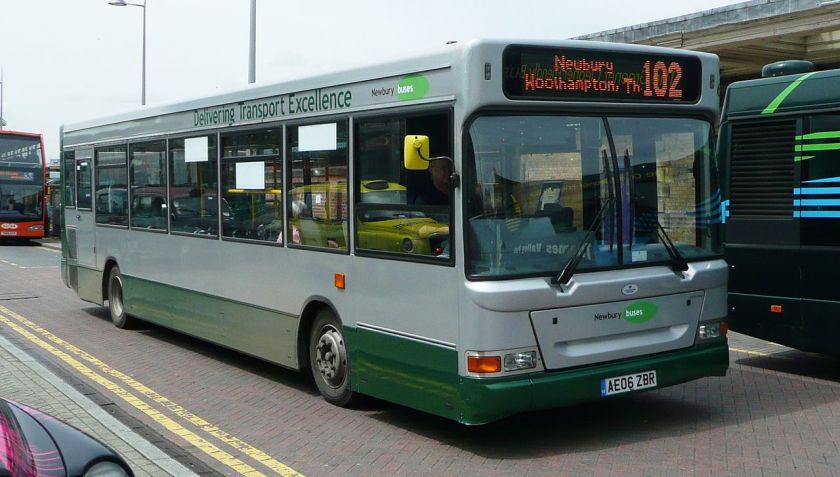 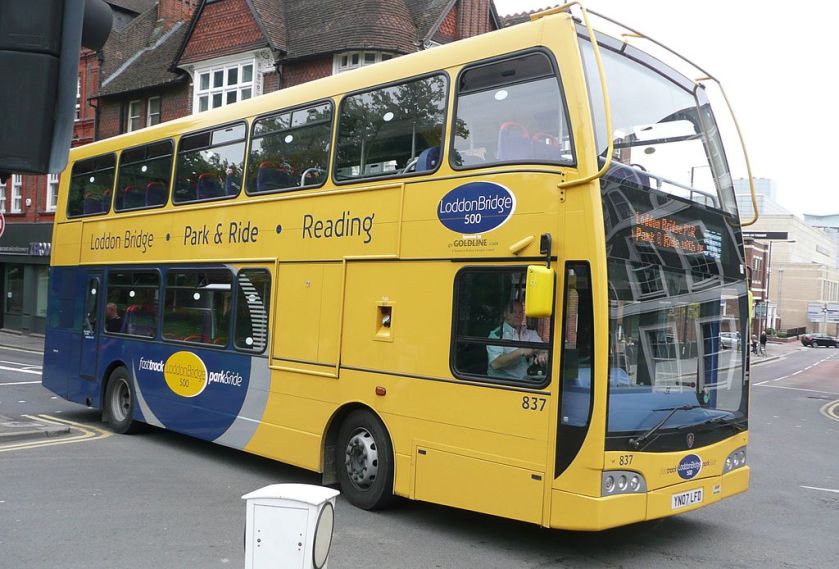 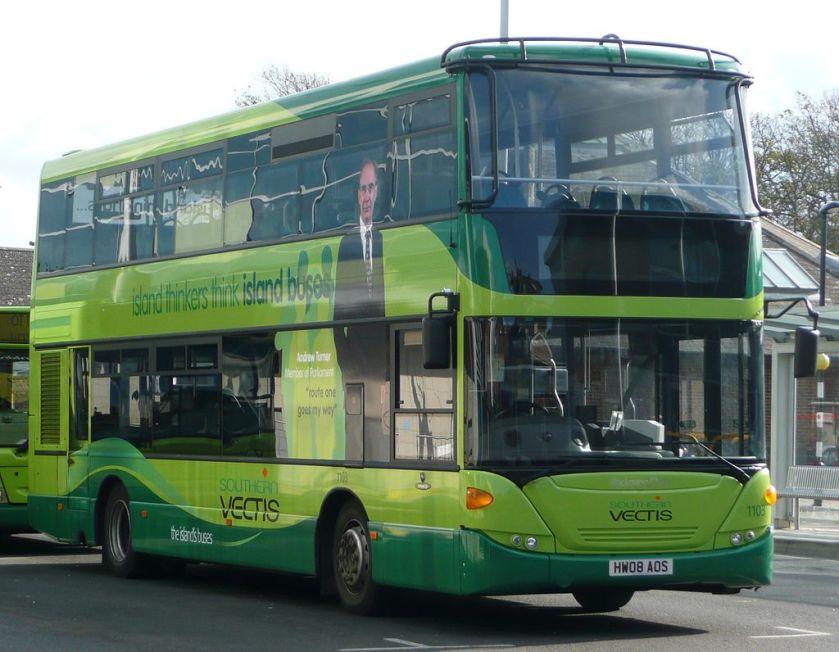 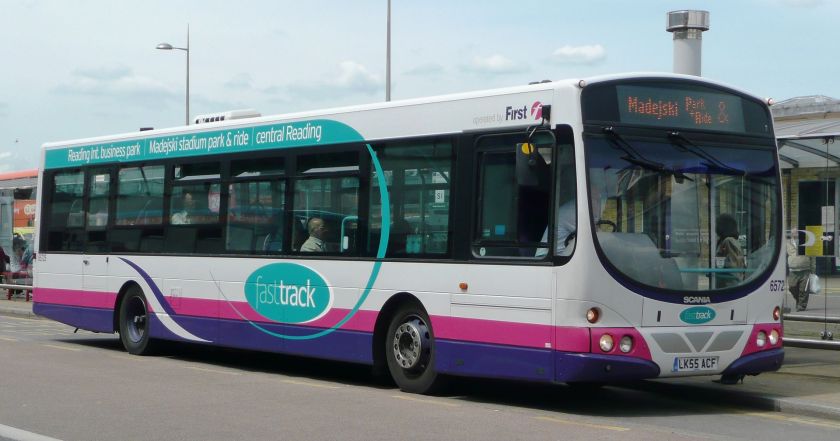