Auto Bodycraft of Brierley Hills, Staffordshire, England, was a small manufacturer. Very small. So minor were they, in fact, that they don’t show up on the radar in any of the shelves of motoring books I have collected since I was a nipper. Even my most admired scribe Sedgwick didn’t seem to write of them. Nothing. Not even on Wikipedia. However, I did manage to scrape together a little bit of information about the ABC Tricar cyclecar on the web, but it’s still a little light on detail. Still, now after reading this ID Guide, you’ll know exactly what is before you when you come across an odd little three-wheel Mini at a car show somewhere. 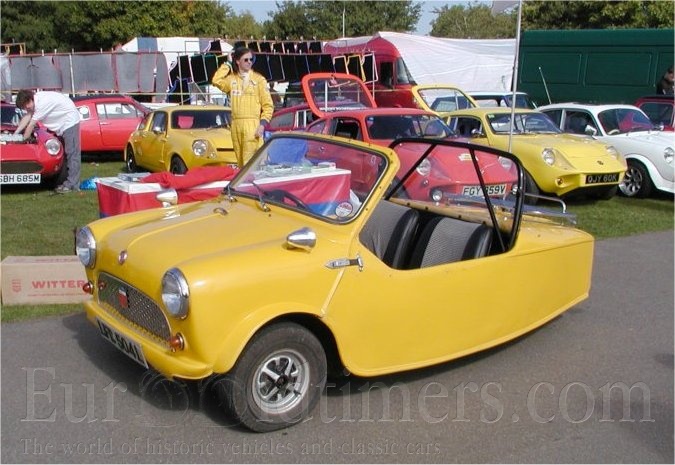 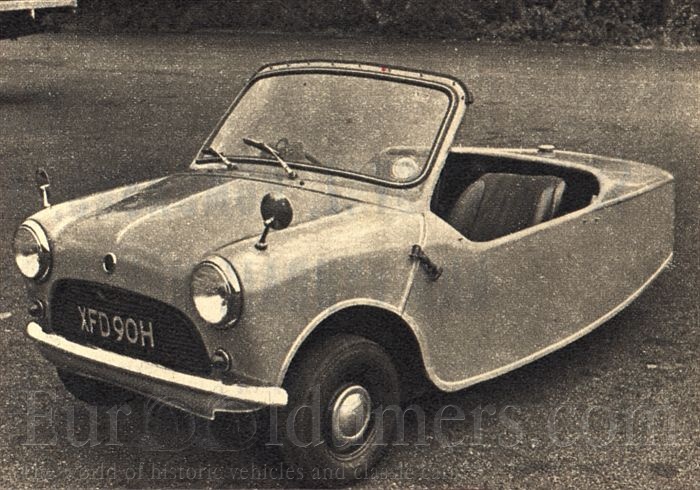 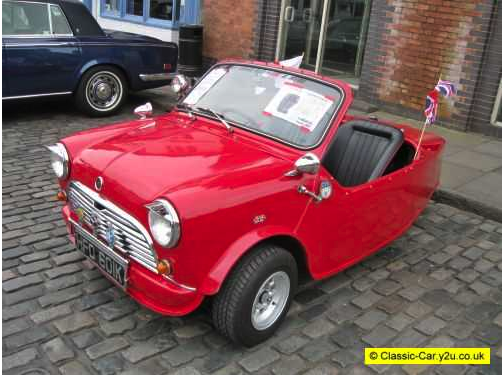 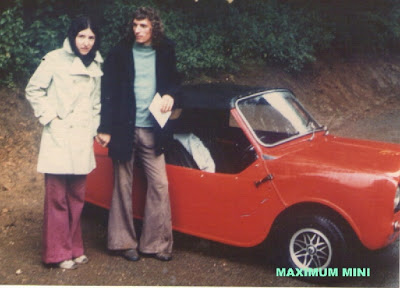 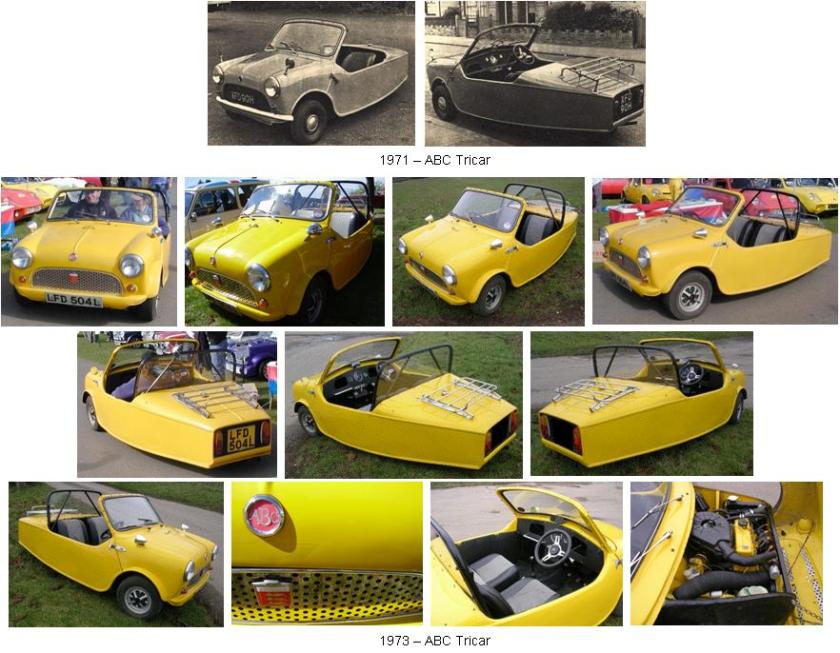 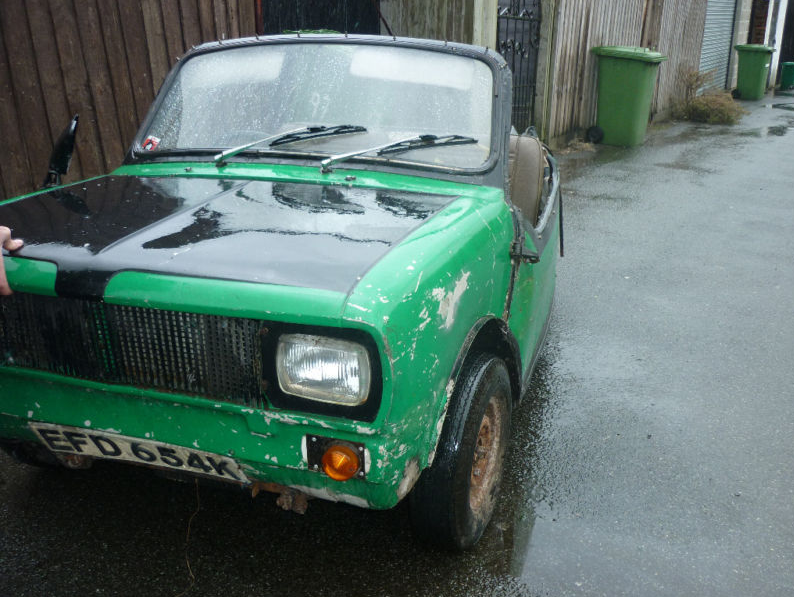 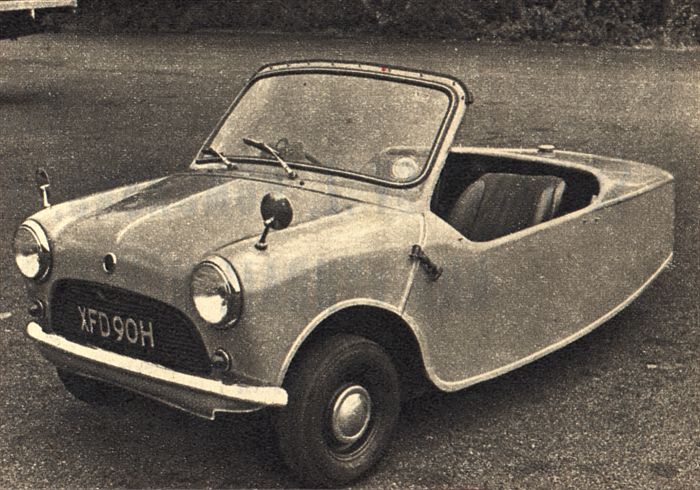 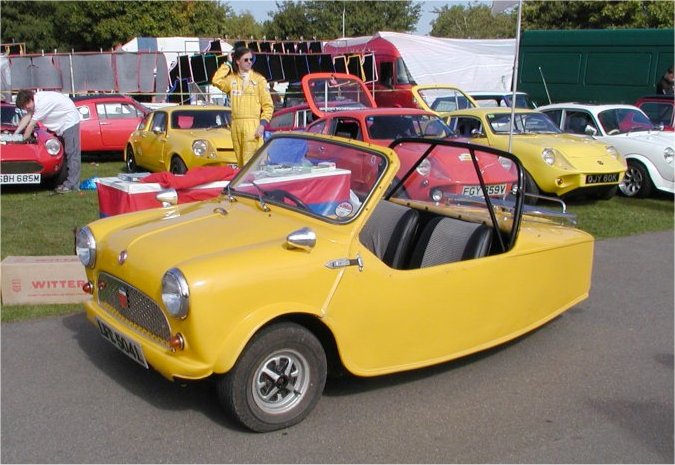 The ABC was an American high wheeler automobile built by Amedee B. Cole in St. Louis, Missouri, USA from 1905 to 1910.

Known as the Autobuggy from 1906 to 1908, it was billed as “the cheapest high-grade car in America”, and was available with 18 hp (13 kW) two-cylinder and 30 hp (22 kW) four-cylinder engines, friction drive, and pneumatic or solid tires. The drive system used a cone and two bevel wheels, one for forward and the other for reverse. This allowed it to reach its 30 mph (48 km/h) top speed in either direction. A larger engine was fitted in 1908, and the wheelbase grew from 72 in (180 cm) to 90 in (230 cm). Its high ground clearance made it popular in rural areas.

Later models were more conventional with two- or four-cylinder engines, but the market for high wheelers was disappearing and the company folded in 1910.

Confusingly, there was another Auto-Buggy made by Success, also of St Louis. 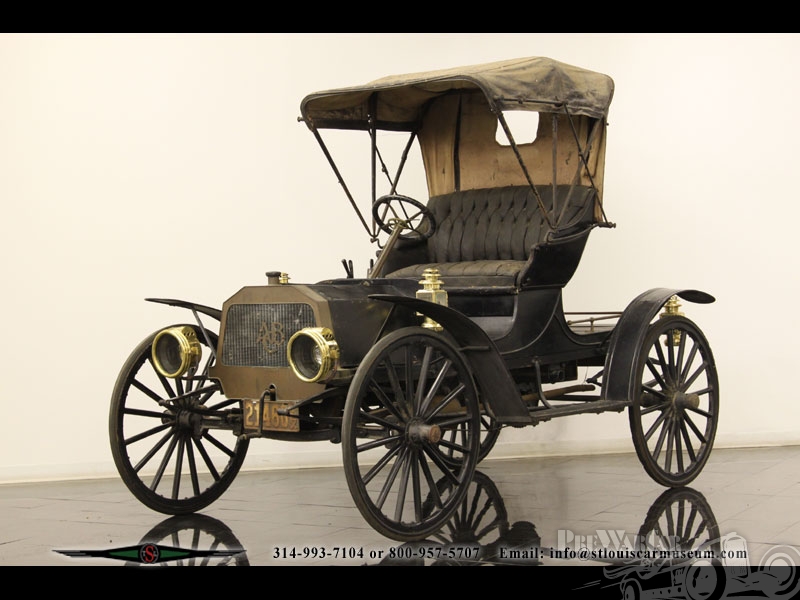 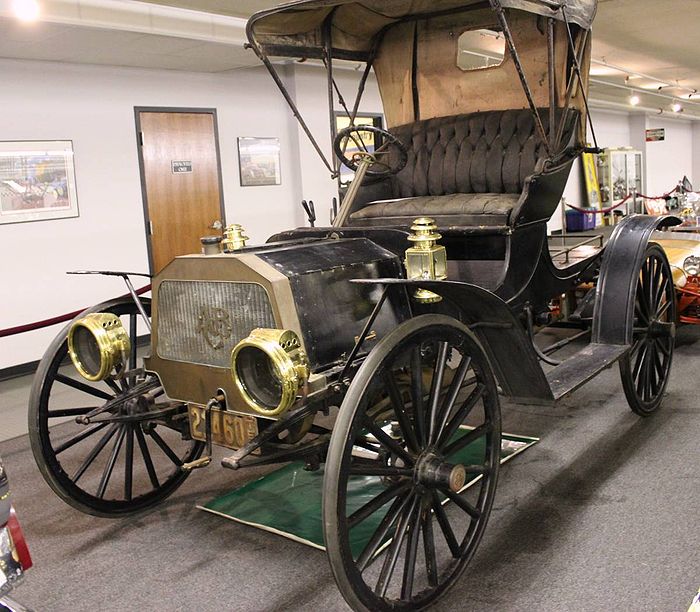 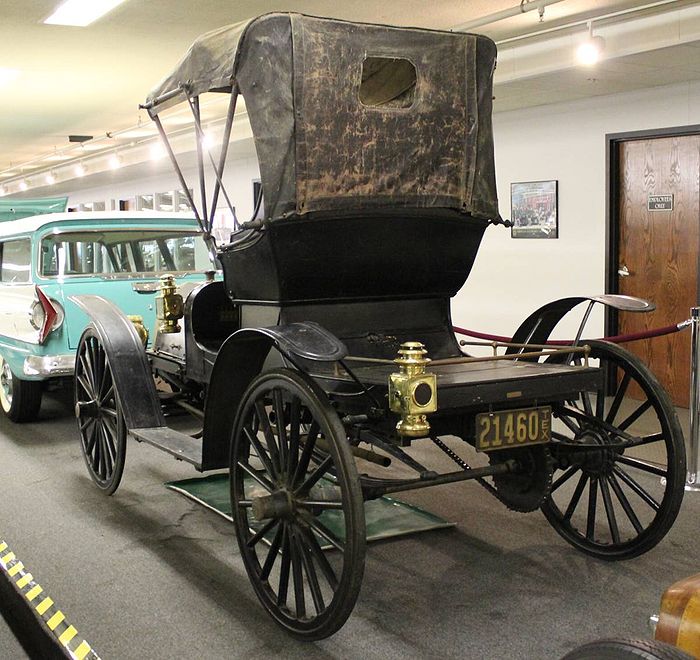