English Electric was a 20th-century British industrial manufacturer, initially of electric motors, and expanding to include railway locomotives and aviation, before becoming part of The General Electric Company GEC.

1918 The English Electric Company was formed as a public company, chaired by Sir Charles Ellis, who was also chairman of John Brown and Co. The company acquired: Coventry Ordnance Works and Phoenix Dynamo Manufacturing Co of Bradford.

Dick, Kerr and Co‘s traction activities were concentrated in Preston and continued there until 1930.

1921 Formalised the sales arrangement with Siemens Brothers and Co in the form of a joint venture English Electric and Siemens Supplies Ltd which had taken over the sales activities of the company and some of those activities of Siemens.

1924 Siemens Brothers and Co was a substantial shareholder in English Electric Co, as a consequence of the purchase of the dynamo works at Stafford. 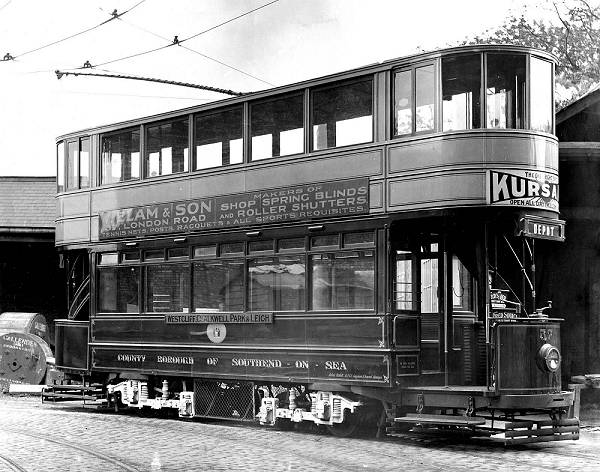 1926 Some of the constituent companies, Phoenix Dynamo Manufacturing Co and Dick, Kerr and Co, had built flying boats during WWI. The aircraft department closed after the last English Electric Kingstonflying boat was built.

1927 See Aberconway for information on the company and its history.

1927 Also see Aberconway for information on the company and its history.

1927 One of the UK’s major electrical-machinery and plant manufacturers, others beings GEC, BTH,Metropolitan-Vickers, and C. A. Parsons and Co .

Late 1920s EE was in a parlous financial state. A complex financial reorganisation, apparently backed by American Westinghouse interests, was needed to save it.

1930 The manufacture of electrical equipment was moved to Bradford. Tramcar, bus body, and rolling stock production stayed at Preston.

1930s EE supplied equipment for the electrification of the English Southern Railway system, which gave it a strong position in the traction market. 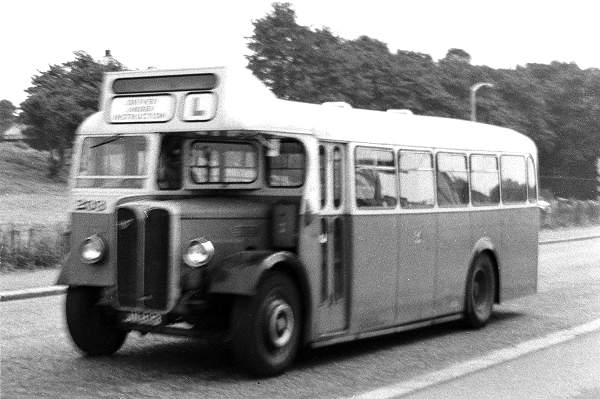 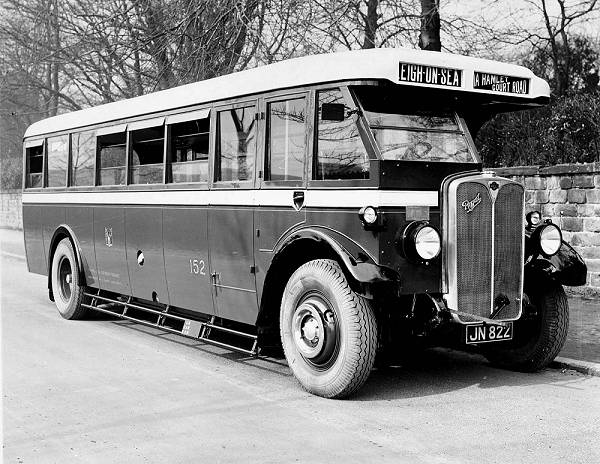 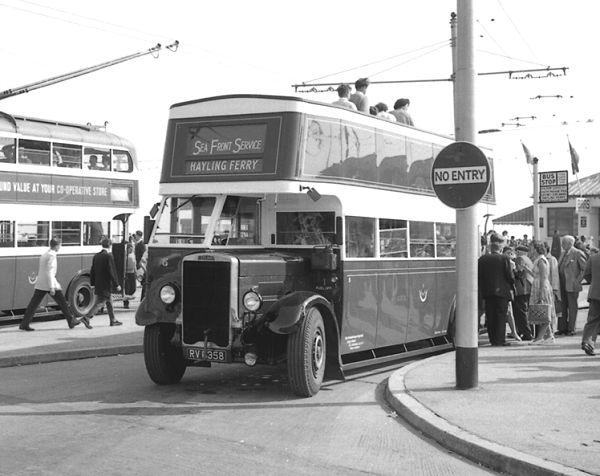 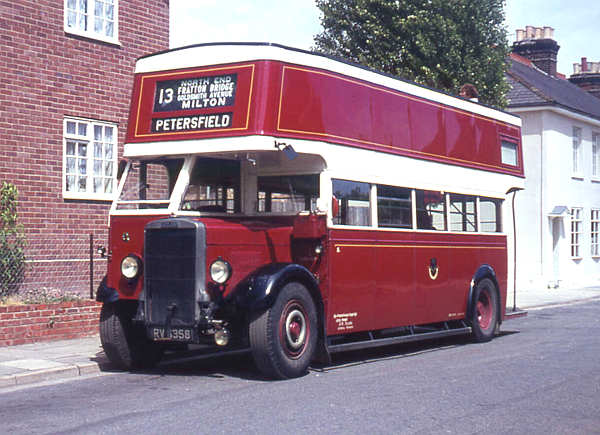 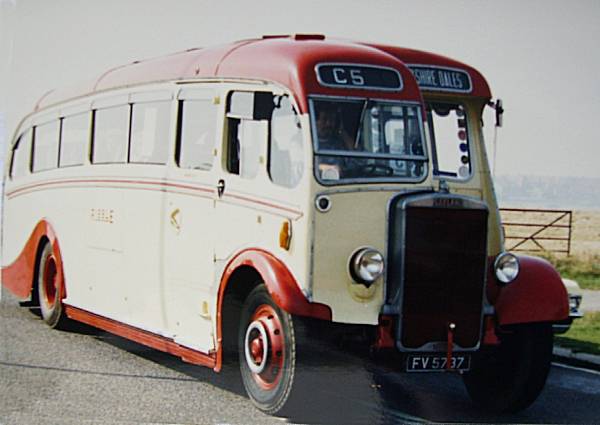 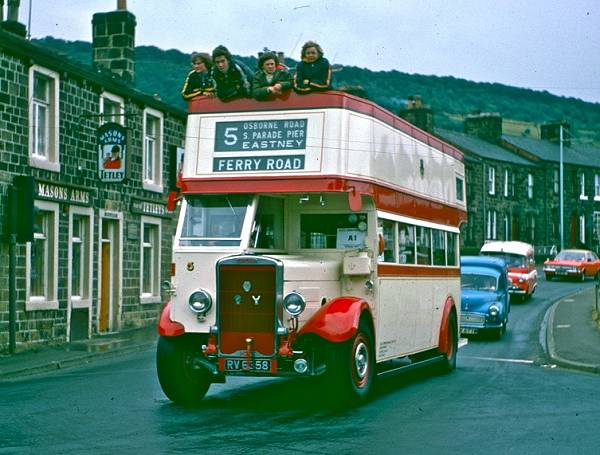 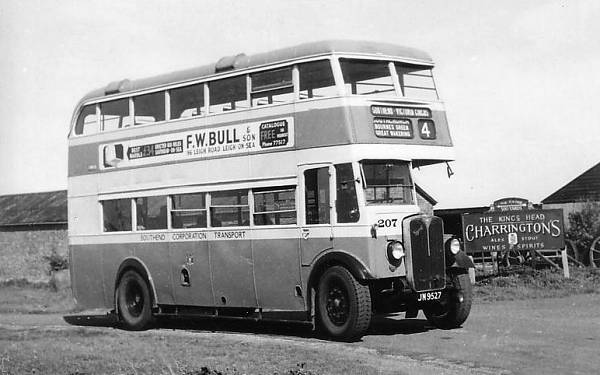 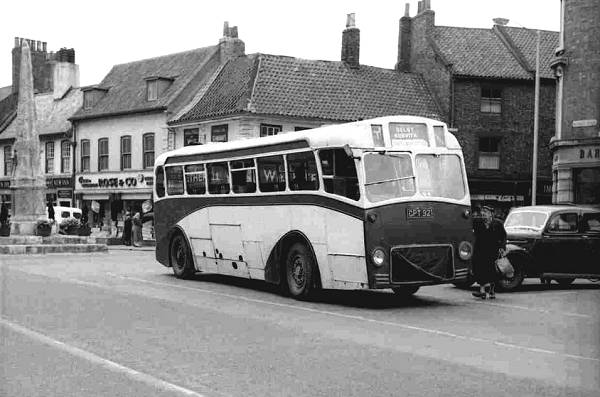 WWII: development in the Guided Missiles Division at Luton on analog computers, based on thermionic valve technology and intended for military applications. The machine resulting from this development was code-named the Luton Analogue Computing Engine (LACE).

1942 The company took over Napier and Son, an aero-engine company, and this helped establish the company’s aircraft division. Company factories were converted to build the Handley Page Halifax heavy bomber.

1944 Producing 180 bhp engines for rail cars at the old Willans Works at Rugby.

1945 and after: EE invested heavily in aircraft design. W. E. W. Petter, the chief designer at Westland moved to English Electric to set up the new aircraft division, leading to major successes in the 1950s with the English Electric Lightning interceptor aircraft and the Canberra tactical bomber, which was still flying in 2005 in reconnaissance and other roles with many air forces, including the Royal Air Force.

1946 English Electric Co acquired the holding of Cable and Wireless in Marconi’s Wireless Telegraph Co. This reflected an intention to diversify the business from heavy electrical engineering to (what was seen as) the new field of electronics. As well as the whole of the share capital in Marconi’s Wireless Telegraph Co, this also gave EE 42% of Marconi International Marine Co and the entirety of Marconi Instruments Ltd. Established English Electric Valve Co to hold the ex-Marconi valve business.

1949 the National Physical Laboratory chose the English Electric Co as industrial partner in computer development, following its Automatic Computing Engine (ACE) project; industry was seen to be needed to improve reliability and performance of the machine. The new computer was called the Digital Electronic Universal Computing Engine (DEUCE).

1952 The Nelson Industrial Estate at Kidsgrove, Staffordshire was begun with construction of a building for electrical engineering on West Avenue which was the “main works” of English Electric

1954 Production of the LACE computer was transferred to Kidsgrove but cut short by the increasing competition of digital computers.

1955 the first version of DEUCE was released, built at Kidsgrove.

1955 EE took over the Vulcan Foundry and Robert Stephenson and Hawthorns, both with substantial railway engineering pedigrees. EE also made steam turbines.

1955 Four industrial groups formed to exploit the information being made available by UKAEA on design of nuclear power “furnaces” – Industrial Atomic Energy Group involving AEI and John Thompson with electrical generating expertise from Metropolitan-Vickers and BTH; English Electric Co and Babcock and Wilcox; C. A. Parsons and Co and Head, Wrightson and Co; GEC and Simon-Carves Ltd.

1958 Establishment of a joint company with Automatic Telephone and Electric Co and Ericsson Telephones to develop and manufacture transistors in greater quantities called Associated Transistors.

1960 EE tried to take over one of the other major British electrical companies, GEC.

1960 Rights issue, to fund developments in electric power, EE’s share in the purchase of Hunting Aircraft and establishment of Associated Transistors; English Electric Valve Co‘s interests in transistors had been merged into that company also.

1962 The Luton factory was closed; computer production was relocated to Stevenage, later to become part of ICL.

1963 New wholly-owned subsidiary formed: English Electric Diesel Engines to bring under central control all of its interests in diesel engines, including those in W. G. Bagnall and the Deltic division of D. Napier and Son .

1963 English Electric’s guided weapons division was taken over by BAC. 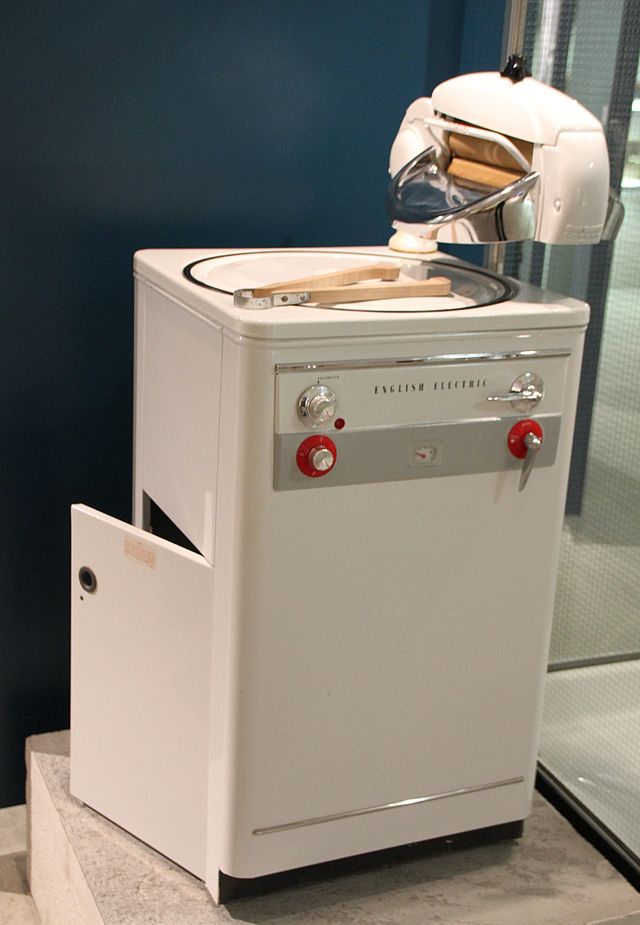 1967 English Electric took over transformer and switchgear company Combined Electrical Manufacturers Ltd, at the same time as AEI was also acquiring a company involved in transformers.

1967 in the first deal arranged by the Industrial Reorganization Corporation, English Electric Co took over Elliott Automation to form the leading European group in computing and process control.

1968 Details of their Mechanical Engineering Laboratory at Whetstone. 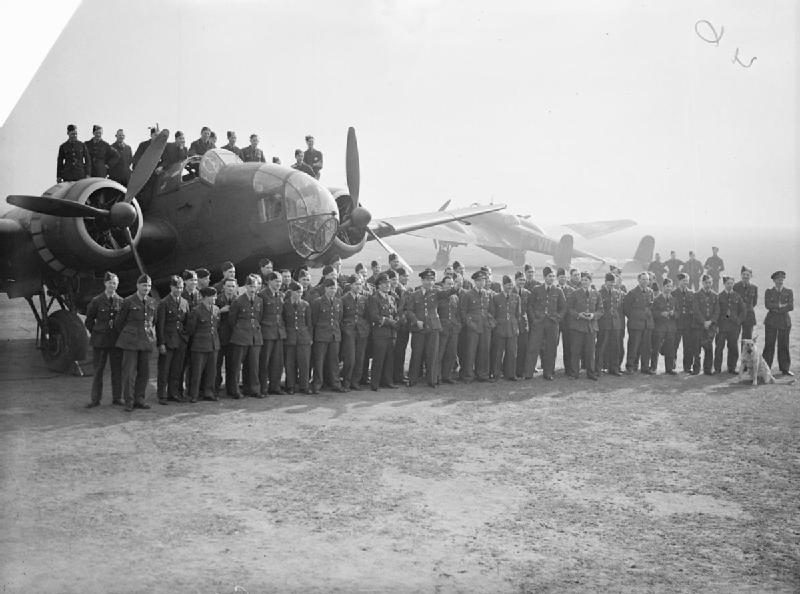 Preserved 1927 EN80 English Electric tram, the last example of a fleet of 20 once used by the Warsaw Commuter Railway 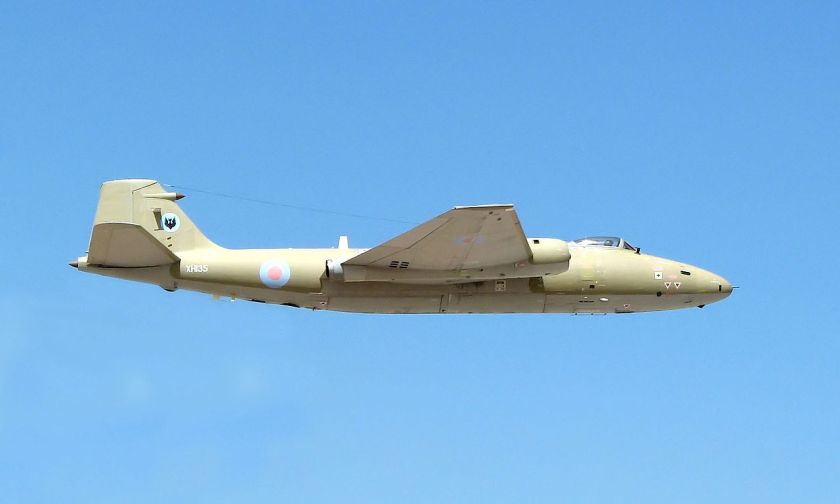 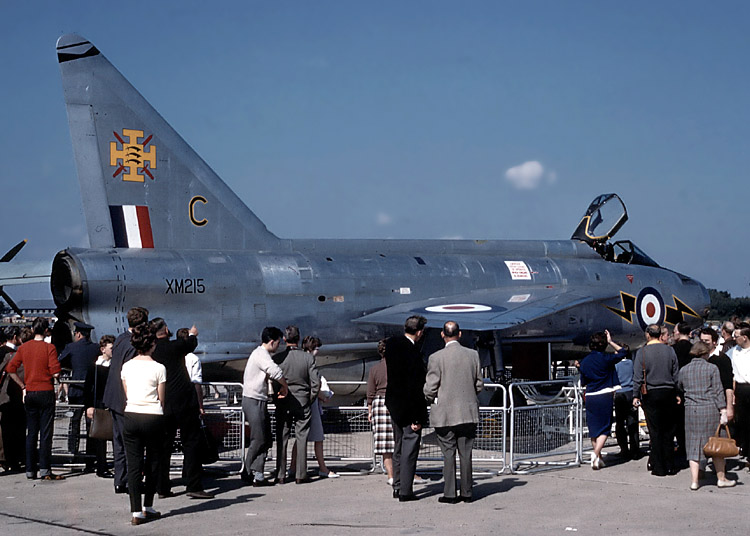 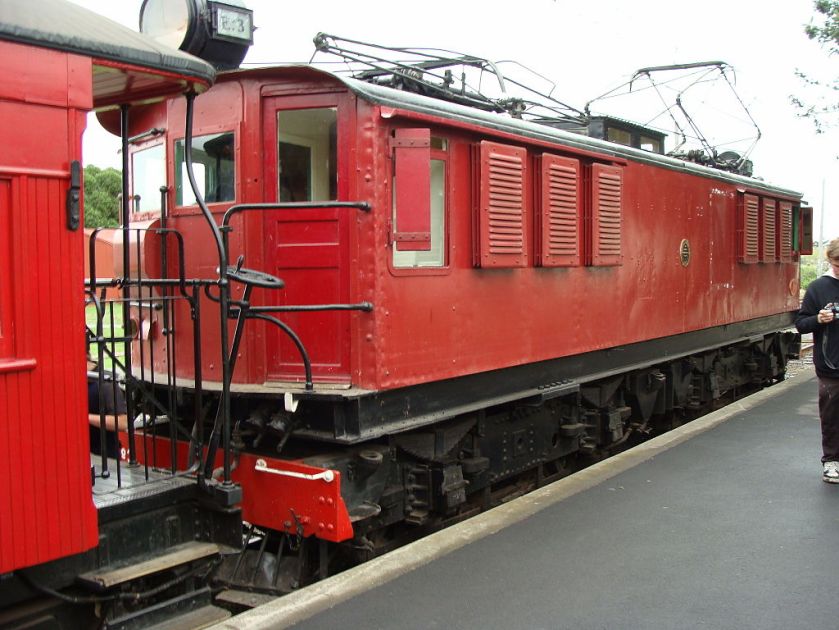